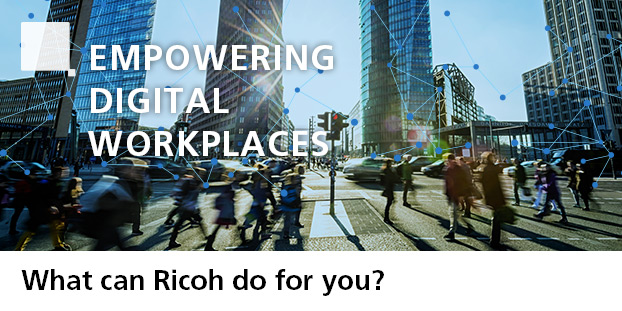 Each character is assigned its own identification number for use on a PC, and this number is referred to as the character code. Different international standards and the standards of specific countries have assigned different codes to the same character so a given character has a Unicode® number, a Shift_JIS number, a JIS number, etc.

Font files are provided in the form of character sets which bring together multiple characters.

About ARIB and ARIB-compatible fonts

ARIB (Association of Radio Industries and Businesses) is an incorporated Japanese industry association which enacts standards concerning digital broadcasts and cellular telephones in Japan. Digital broadcasts are supposed to use characters compatible with ARIB standards.

At Ricoh, we provide fonts compatible with ARIB STD-B24 (a data broadcasting encoding system and transmission system for digital broadcasting). This standard applies to broadcasting systems up to Hi-Vision HDTV.

China has national standards known as GB (GB standards), which are approved and issued by the Standardization Administration of China (SAC). The name "GB" comes from the first letters of the Chinese term for "national standards," which is "Guójiā Biāozhǔn."

At Ricoh, we provide outline fonts (TrueType Font/RT Font) that have passed the conformity assessment carried out by the Chinese government's official certification organization (Conformance Test Center For Information Technology Standards: CTCITS). If you are searching for the standard bitmap fonts owned by the Chinese government, please inquire using the free consultation function.

OCR (Optical Character Recognition) is technology used to read handwritten or printed characters with an image scanner or digital camera and then convert the characters to character codes that can be used by a computer.

With barcodes, the characters that can be used, the character representation method, and the number of digits vary by barcode type.

Among fonts, there are fixed-width (fixed-pitch) fonts where all characters are the same width, and there are proportional fonts where the width of each character is different.

In addition, even for the same proportions, character width differs depending on the font. 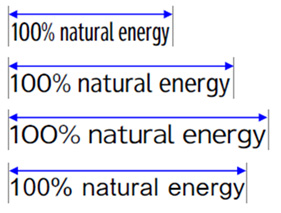 Fonts specially designed so that a wide range of people find them easy to read, easy to see, and difficult to misread are known as universal design fonts (UD fonts).

・Adjust character height and width so that sentences can be read naturally.

②-2:Make the differences between characters with similar forms clear. 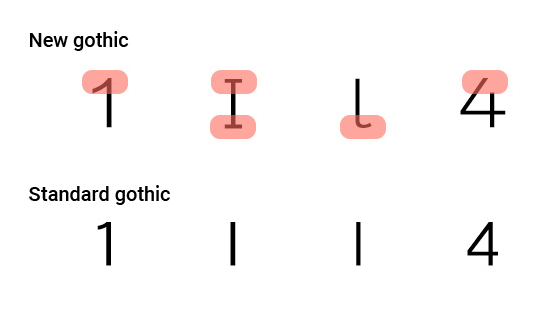 ②-3:Make the difference between dakuten and handakuten clear.

②-4:For characters with many strokes, vary the line thickness. 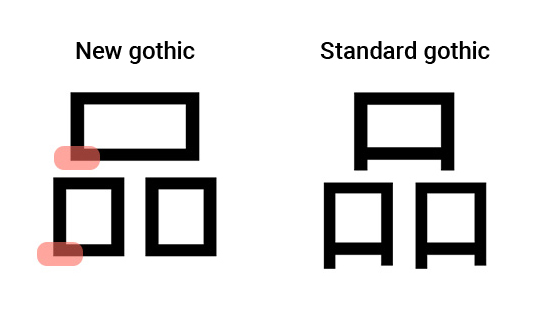 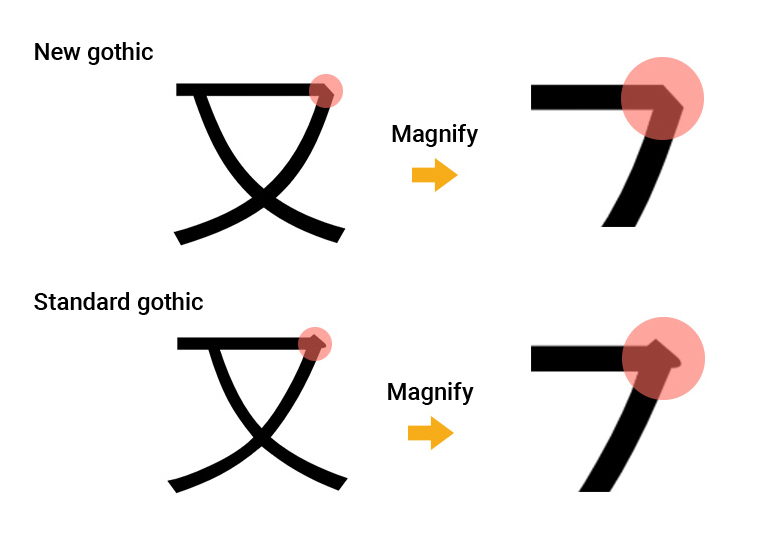 The term "extended characters" refers to characters not included in character sets based on the various standards (Unicode and JIS).

[When are extended characters necessary]

We recommend the use of extended characters to persons using fonts in ways such as those below. 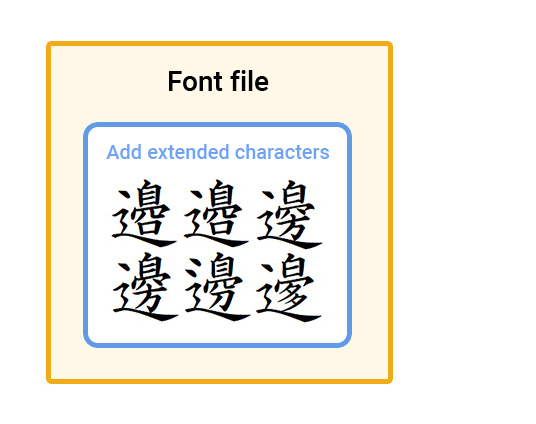 In the case of TrueType Fonts used in Windows®, the method shown below is also possible.

The term "variant character" refers to a character that has the same meaning or the same pronunciation/reading as another character but a different character form.

In the past, extended characters were used for the display of variant characters, but in recent years, another method has been developed.

In a font file, there may be multiple variant characters assigned the same character code, but in such cases it is necessary to have a mechanism known as IVS (Ideographic Variation Sequence/Selector) in order to differentiate how the variants with the same code are used (by specifying and displaying the character to be used).

When using multiple languages, it is necessary to consider the character-size balance.

There is the usual kind of European languages text display, but the viewer may be given the impression that there is a large
difference in character size when the text switches from one language to another.

Ricoh has adopted this method.

Including the Bitmap Font in the TrueType Font (and RT Font) makes it possible to prevent character illegibility by giving priority to displaying with the bitmap font using the subject number of dots.

Find fonts that meet your needs

Embedding a font in a product (hardware, software)

Using a font on a server

Using a font in a game

Using a font on a PC

For other needs, please use the free consultation options below

View how to purchase the various types of licenses

Consultation about other topics